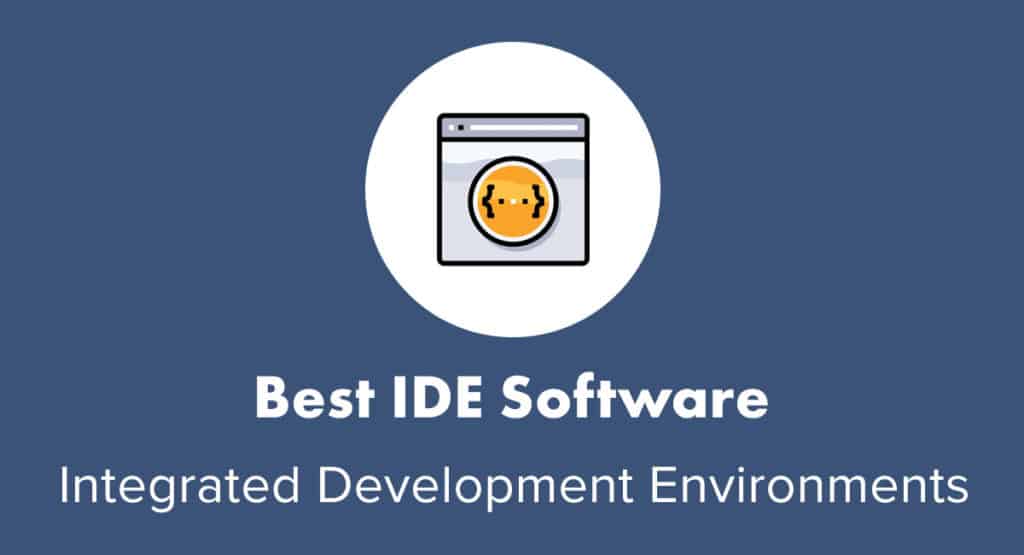 An Integrated Development Environment (IDE) is software that consolidates the basic tools needed for software testing and writing. Without IDE, a developer would have to select and manage all these tools separately, but IDE brings all these tools together as a single framework or service. Needless to say, IDE helps a web developer’s work to be more precise and quicker.

In this guide, we will introduce you to 10 best IDE web development options, which include feature-rich support with multiple code languages.

But before starting, let’s answer the common question“What is an IDE?” in more detail as well as how to pick the best IDE for your specific needs.

What is an IDE?

An Integrated Development Environment (IDE) is a software that you can load onto your computer. They’re designed to streamline the web development process as mentioned earlier.

An IDE includes these main features:

How to Find the Right IDE for You

When deciding on an IDE that you want to use, it’s essential that you first determine what you need out of it. This is so because each IDE can differ between the features that are offered.

That also means your favorite IDE may differ from that of your peers so just pick the one that works for you at the end of the day.

Features You May Need in Your Pick for Best IDE

Here’s a short list of the possible features you may need outside of the typical components of an IDE as listed earlier:

Be sure to make note of what features you need when you check out the best IDE for web development below.

The 10 Best IDE for Web Development

This list focuses on the most popular, powerful, feature-rich, and as a result, the best IDE options. 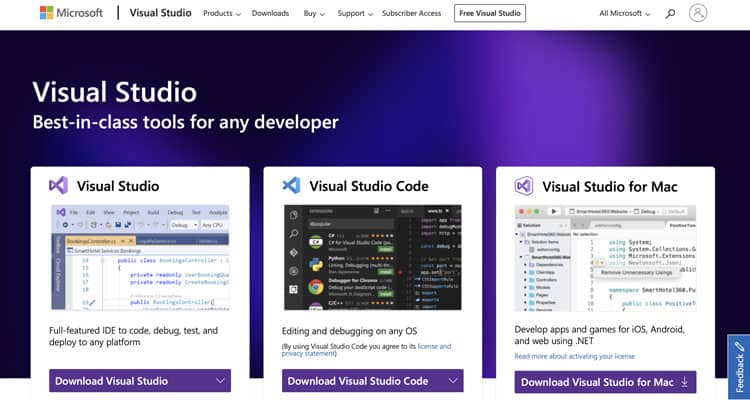 The Visual Studio IDE is one of the most popular and best IDE web development options available. It uses AI to learn from your edits as you code so it can finish your sentences – er, lines of code.

On top of that, you can collaborate with your team, live, when you’re editing and debugging. You can also share servers, terminals, and comments.

You can also create development environments in the cloud and a lot more while being available for Windows, Mac, Android, iOS, web, and in the cloud. 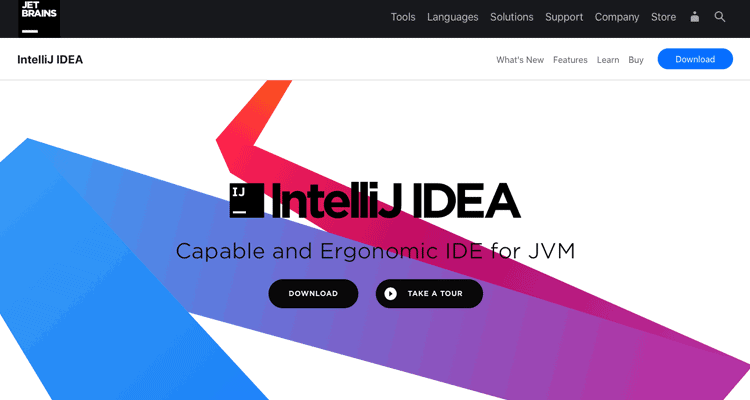 IntelliJ IDEA  is certainly one of the best IDE for Java. It focuses on features to help you be as productive as possible without cluttering up the GUI.

It indexes your code to give you relevant suggestions, and to complete your code for you. IntelliJ IDEA also automates several tasks that would otherwise be annoyingly repetitive.

It’s all that and a bag of chips, er, computer chips because it has an amazing out-of-the-box experience and doesn’t just have to be used for Java.

While it’s focused on it, it’s still great for SQL, JPQL, HTML, JavaScript, and other languages including when you inject a language into a string literal. You still get all the benefits of this IDE. 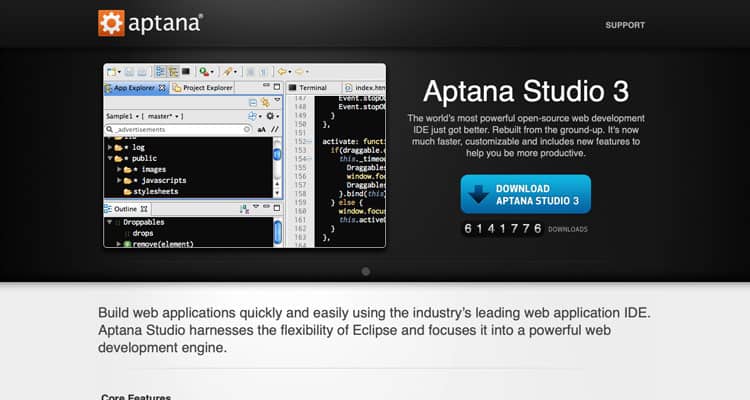 You can customize the GUI, it has a built-in terminal, Git integration, a debugger as well as a deployment wizard. Autocomplete is also available for HTML, CSS, and JavaScript. 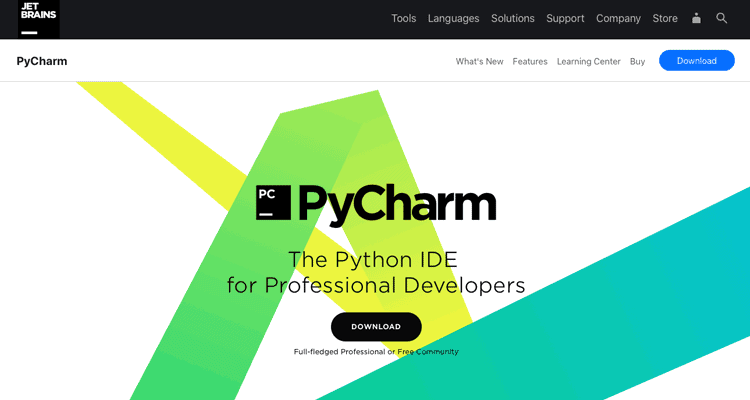 PyCharm is primarily one of the best IDE for Python, but the premium version also supports other languages for web development.

It checks for errors as you code and also has autocomplete. It has a sleek, minimal GUI for uncluttered development, and also checks the quality of your code to make sure it’s up to snuff. 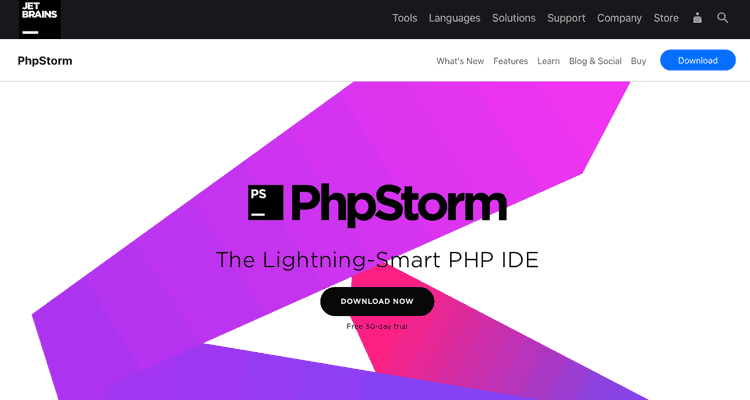 PhpStorm is another option to consider for one of the best IDE for web development. It’s focused on PHP, but front-end languages are also fully supported including HTML 5, CSS, Sass, Less, JavaScript, and more.

It also includes support for major software to create websites such as WordPress, Drupal, Joomla!, Laravek, and others.

It’s easy to navigate, has code autocomplete, debugging and testing tools as well as quick (and safe) refactoring. 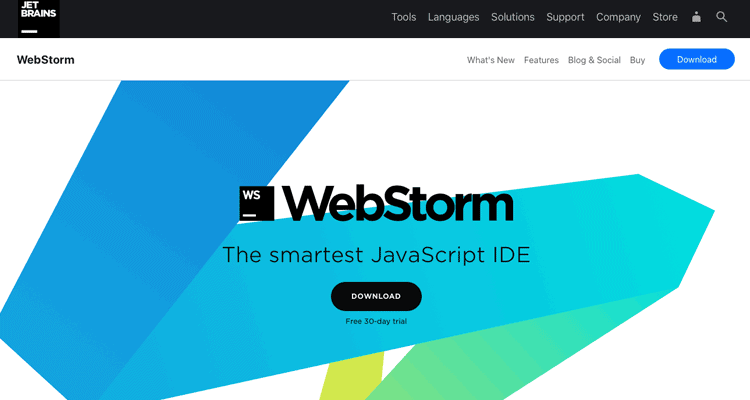 WebStorm is on the list as one of the best IDE for web development because it’s excellent for JavaScript. It includes not only code autocompletion and live error-detection, but it also has a debugger, unit testing, and many integrations such as Git, GitHub, Mercurial, and others.

It loads quickly on startup and can automate many tedious tasks for increased productivity. 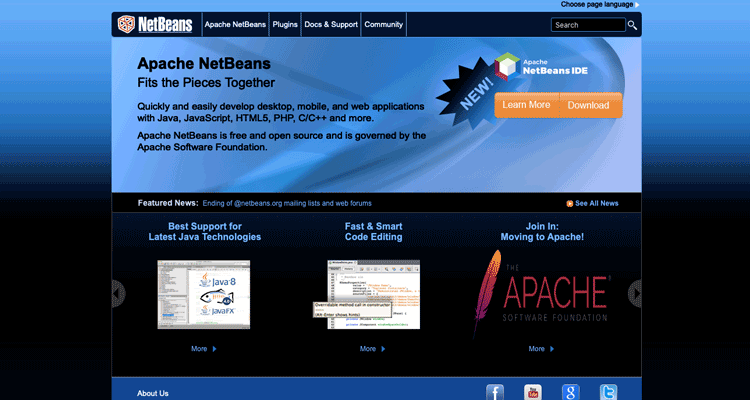 You can’t have a list of the best IDE for web development without including NetBeans. It’s among one of the most popular options for the best IDE because it’s a no-nonsense software for Java, JavaScript, PHP, HTML 5, CSS, and more.

It also helps you create bug-free websites by highlighting code not just syntactically, but also semantically. It also has a lot of powerful refactoring tools while being open source. 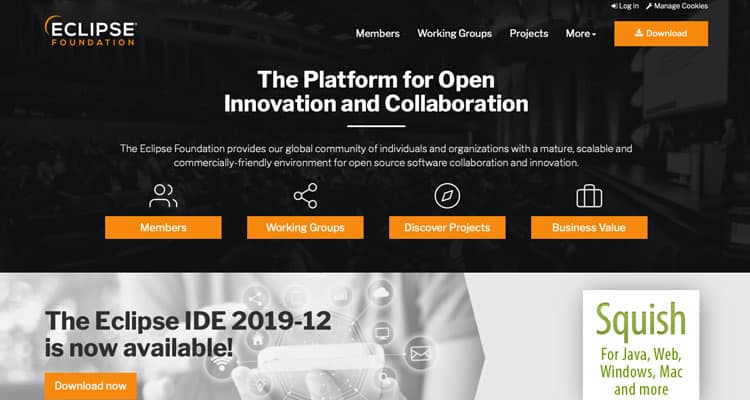 This article also wouldn’t be complete without mentioning Eclipse. It’s an open-source and community-driven IDE for Javascript, mainly, but there are tools, for example, HTML, CSS.

Its contributors include Google, Netflix, Facebook, GE, and Walmart. So, you can be sure you’re getting one of the best IDE for web development. 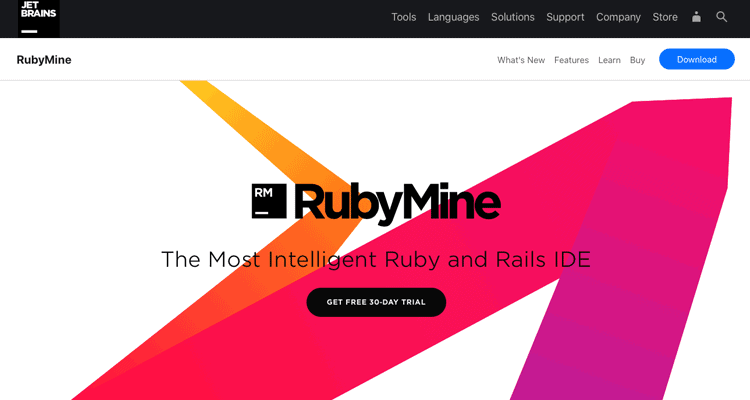 RubyMine is focused on Ruby and Ruby on Rails, but it’s also tailored for JavaScript, CSS, Sass, Less, and more. It has syntax and error-highlighting, code completion, an advanced search for any class, file, or symbol, and fast navigation, to name just a few of the features.

Komodo IDE  is one of the best IDE for web development, but it’s a premium option. It has a lot of features including autocomplete, visual debugger, unit testing, add-ons, team collaboration, project management tools, and more.

It supports Git, Mercurial, Subversion, CVS, Perforce, and Bazaar as well as all programming languages.

Which is the Best IDE for Web Development?

As mentioned earlier, when you want to know which is the best IDE for web development, it all comes down to your specific needs. Everyone’s needs are different for their projects. Your pick for the best IDE may not be the same as one of your colleagues.

If you’re looking at the list of features IDEs typically have and you’re thinking, “That’s just too much for me,” there are other options available.

Not only are there other IDEs out there, but there are also text editors that have some features in common with IDEs that are popular, quite powerful, and that you may find sufficient for your needs.

Here’s a short-list of the best IDE alternatives to check out:

In your opinion, which is the best IDE for web development? What’s your pick for the best IDE for your specific needs? Still asking yourself, “What is an IDE?” Share your experience in the comments below.

Want to Ask a Question or Leave a Comment?